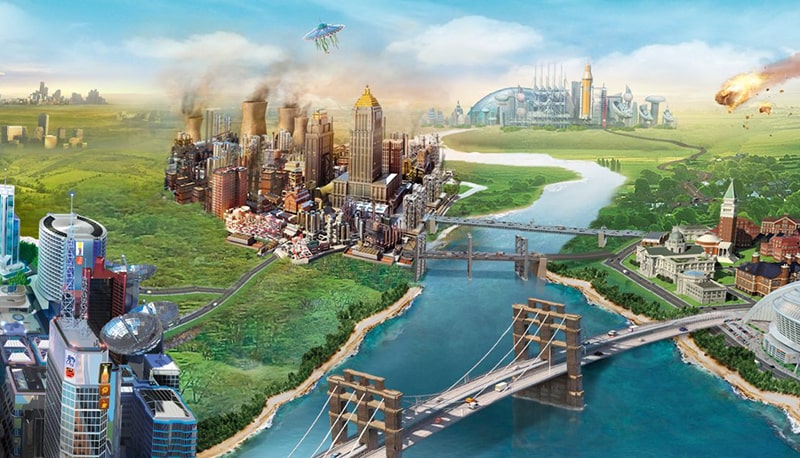 SimCity 4 comes with numerous features never seen before in the series and adds a great deal of new exciting concepts.

Advanced terrain editor that lets you sculpt almost any landscape of your choice.

Animals roam the landscape with a simple click on the mouse; bears, giraffs and even llamas…

Wreak havoc on your fair haven with disasters ranging from ferocious vulcanoes to swirly twisters.

With region play you can create multiple cities, connect them and make them interact and depend on eachother’s markets.

Neighbourhood deals lets you buy and sell power, garbage and water between your cities.

Send out police and fire trucks to hot spots in your city to help your citizens with dangers like fires, mobs and riots.

Place a Sim, that you name, in the city to get continuous feedback and see it move up the ladder as jobs get better and quality of life improves.

With 5 different zoom levels, four different view angles and a day/night cycle you’ll always find a new way of looking upon your creation.

SimCity 4 delivers great customizability with thousands of downloads to enchance the game, both official and fan made.

Sun Jun 6 , 2021
Introduction Rush Hour for SimCity 4 adds several new sought after features by the fans. One of the most, pre-expansion pack, wanted things were avenues to help alleviate traffic in your downtown core and make the cities more realistic. Another feature requested by fans were a markup tool to name […] 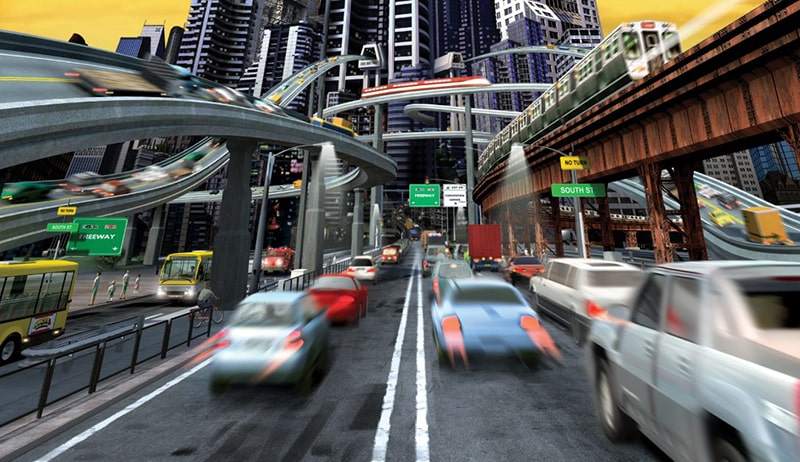